a. What is unit testing?

Testing is part of the software development process and the purpose is to produce better software, more robust, with fewer bugs, and more stable.
There are different kinds of testing that can be done to improve software quality. Starting with unit testing, integration testing, end to end testing, and we will focus on unit testing in this blog post. 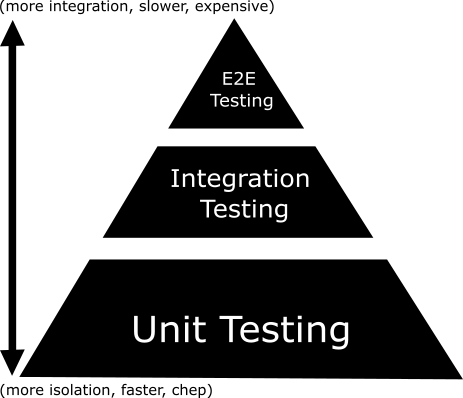 In the software testing pyramid image above, we can see that unit testing is cheaper and faster to do. That is why we should cover unit test as much as possible to reduce the testing need to be done on integration and end-to-end testing.

b. How unit testing can improve software quality

Unit testing can help us verify code behavior at the function/method level. For example, if we have an add function that takes 2 params we expect the return to be the addition of both params. For this, we can unit test the method by providing some test cases that verify the function behavior. The expectation is that if every unit is working properly proven by its test cases then the overall software behavior should also work as intended.
Another advantage of unit testing is we will have more confidence in refactoring our code since as long as all UTs pass then we have confidence that the behavior of the code is still the same and should work fine. This is important since we need to keep improving our code and we should have confidence that we are not breaking anything in doing so. But of course, we should define our UT test cases properly that cover all conditions and edge cases.

2. How to do Unit Testing in GoLang

To create unit testing on go, we should follow this convention:

Those two steps are the only mandatory step to create unit testing. But we can follow some best practices to structure our tests and test cases:

We have a function called Add in mymath.go file on mymath package defined like this:

We can create mymath_test.go in the same package and define this function to the Add function: We can run the GoLang lang unit test using go test terminal command, which comes from within GoLang itself:

○ Use go tool cover -html=coverage.out to display the coverage information on HTML format in browser.

In GoLang a function can have public or private access. The convention to specify that in go is by name the function starts with an uppercase letter for public and starts with a lowercase letter to set it as private. In GoLang, private means package private, which means code within the same package can still access the private function. This functionality will allow us to test private functions easily since we are putting the unit test file in the same package as the functions.

In unit test we only test our code in isolation, so if the function/method use dependency on any other code it would be better to mock that dependency since our focus is to test the function/method. If you are familiar with java unit tests, mocking in java with help from a library like mockito is easy. Mock can be created by using annotation or simply create mock by passing the class as a parameter.
Mocking in go is different, mock in go can only be implemented to an interface, and it is not actually a mock. We simply create an implementation of the interface for mocking purposes.

We have a user service and user DAO defined like this:
Service: We should write code for mock implementation in go, but there are some libraries from the GoLang community to generate mock from an interface in GoLang. In Halodoc we are using mockery to generate our mocking code. This generated mocking should also be put on our code base git repo because this mock code is also part of our codebase.
We can generate mock using mockery by this command:
mockery --dir dao/UserDao.go --name UserDaoInterface --output mocks 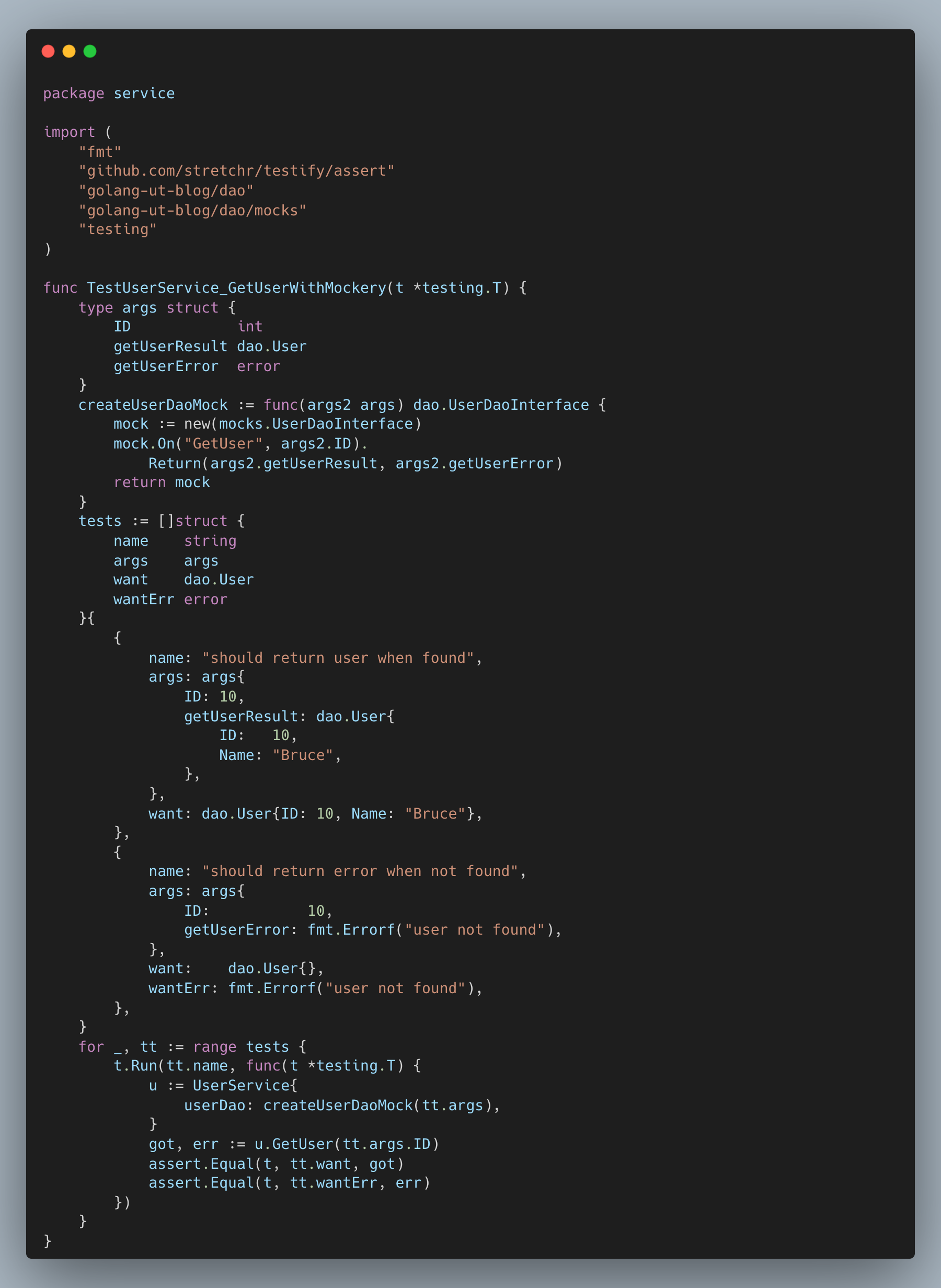 If you have code that uses an HTTP client in it to communicate with other services and want to test its behavior you can generate a mock or you can still use a real HTTP call but point the URL to a mock HTTP server. GoLang comes up with the httptest package which has good support for the HTTP test. We can create a mock HTTP server and set the server behavior to suit our test cases.

We have this function that call API: In this blog, I have covered ways of writing unit tests in Golang that will help to improve code quality, early detection of bugs and deliver bug-free feature releases. Additionally, We can also have guardrails like code-build pipeline gates to enforce UT threshold coverage which could significantly aid in improving the overall quality of the product being delivered to our customers.

Scalability, reliability and maintainability are the three pillars that govern what we build at Halodoc Tech. We are actively looking for engineers at all levels and if solving hard problems with challenging requirements is your forte, please reach out to us with your resumé at careers.india@halodoc.com.

Halodoc is the number 1 all around Healthcare application in Indonesia. Our mission is to simplify and bring quality healthcare across Indonesia, from Sabang to Merauke. We connect 20,000+ doctors with patients in need through our Tele-consultation service. We partner with 3500+ pharmacies in 100+ cities to bring medicine to your doorstep. We've also partnered with Indonesia's largest lab provider to provide lab home services, and to top it off we have recently launched a premium appointment service that partners with 500+ hospitals that allow patients to book a doctor appointment inside our application. We are extremely fortunate to be trusted by our investors, such as the Bill & Melinda Gates Foundation, Singtel, UOB Ventures, Allianz, GoJek, Astra, Temasek and many more. We recently closed our Series C round and In total have raised around USD$180 million for our mission. Our team works tirelessly to make sure that we create the best healthcare solution personalised for all of our patient's needs, and are continuously on a path to simplify healthcare for Indonesia.ˀ

Cucumber Framework with Appium for Android

No results for your search, try something different.